Claire Undy talking to Alli Sharma at her studio in Hackney Wick, London 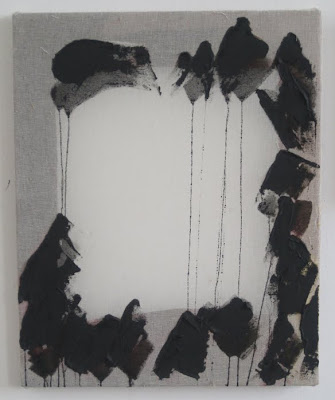 AS: This new work looks very different to what I’ve seen before.

CU: Yes, I’ve recently made quite a big change in my work. It’s been two years now since I finished studying at Wimbledon College of Art, and I felt I had reached an impasse with my practice - I was refining it rather than developing it. AS: Did you feel that you’d exhausted your enquiry with the paintings with the gestural marks?

CU: I felt like I was polishing it, I’d got to the point where I was experimenting with something so tiny. I was using different pigments to catch the light in a certain way, and the only thing I could achieve would be to work out how to do it and get it right every time. All I was doing was increasing the success rate of making these same paintings.

The gestural mark represents the act of painting. I was trying to put drawing in the process at different points, as I don’t like the idea that a painting is simply the final top layer and that everything else is hidden workings-out. I wanted to acknowledge the process of making. I don’t like the idea that as the artist you choose what to reveal and what to conceal, when it is the act of painting that I’m interested in and the process of putting it together. 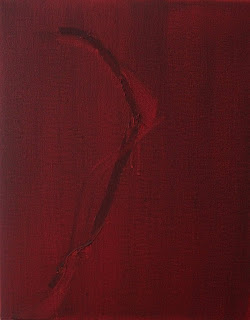 I started by stretching a canvas and then I used tape and paper to mask off the shape of a gestural mark. I built up a gesso ground over the entire surface so that when I took off the tape there was an area of un-primed canvas left in the gesso. When I pulled the paint across the whole surface, the colour changed on the different grounds. I was using transparent iron oxides, so that the bits that would soak into the fabric would be dark and the bits that were on the white ground would be really bright.

AS: When you say pull across, what did you use?

CU: A wide brush because I like the marks with the brush. They emphasise the act of applying the paint, rather than giving a perfectly uniform surface. Then I used a smaller brush on the top layer of wet paint to indicate another gestural mark, which slightly mis-registered the first.

AS: So it looks like there are two marks.

CU: Yes, but neither of them were painted, they were made by breaking the surface at different points. The gestural mark is blatantly a gestural mark because I didn’t want it to be a shape or to have any deceptive space to it. I wanted all the visual components to be about painting: brush marks; or the visible application of paint.

AS: So you’re getting new ideas out quite quickly?

CU: Yes, I’m aiming to make a lot of these new works, hopefully around 100 this scale. They’re all quite rough and different. They’re numbered; eg S1 (S stands for studio). So if S1 leads to others they become S1.1, S1.2 etc so they break up and then I can experiment further into an idea. It’s like research. I like this one. I’ve been moving the weave of the fabric to make the image. 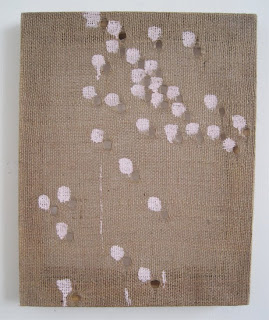 AS: Breaking the surface again?

CU: Yes, drawing with the components of the painting, with the fabric. I went to Amsterdam recently and there was a market selling fabrics with really wide weave on them. With this one, I’ve pushed the weave of it and then set it with size. I’m just playing really with different ways of trying to show their making.

AS: It sounds investigative.

CU: I’m interested in finding a way of communicating that’s not via language. I think that this could be possible through making a painting, which doesn’t discuss things outside itself, and so talks very directly. A hole is a hole and a mark is a mark and they only attempt to communicate their hole-ness or mark-ness and not any other kind of coded message from the artist. I think the only thing the artist can communicate is the act of painting, so if I made a mark like that [gestures], you can sense that’s how it’s been made. 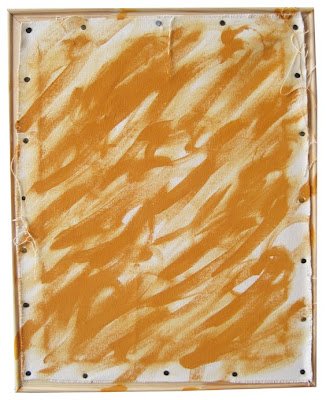 AS: You’re communicating the action.

CU: Yes, that’s one thing I can communicate truly. Quite a few people have said that you’re only talking to a painter in that respect, perhaps this is true - I hope not. As a painter, you see a gestural mark and you can really sense how it’s been made, I hope that non-painters can relate to that gesture too.

AS: Getting something across without reference to an illusion, or trying to convey something without describing it.

CU: I want to talk in a way that anyone can understand. I don’t want to use art historical, or other cultural references, as then you’re speaking in a certain language to a specific group of people. I feel like this is quite elitist. If that’s all we can do now, where can we go from here? Some people believe you can’t make a gesture now without referencing something else, you can’t make any paintings now without referencing what’s gone before. I don’t believe we can do that indefinitely. Eventually it will become a dated idea itself. There’s a lot of interesting work that references other ideas, other art, but it’s also a barrier to discovering anything new. I think that we need to look within the medium itself, not through a series of changing subject matters to find out what painting can be or do in the future. 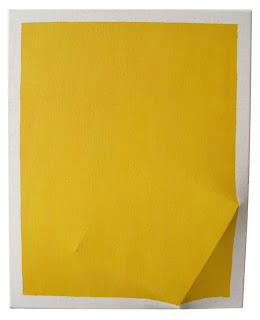 AS: That sounds like a pure way of thinking about painting, like it’s coming from a very particular history?

CU: Most people would say it comes from a very old fashioned idea, from Modernism; wanting to be self referential with the meaning inherent within the work and not referring to anything. But equally I think, for me, there’s a lot of idealism to that which I don’t have. On the one hand I share the aspiration to make objective art, but equally I think my work is quite realistically aware of its futility and it doesn’t have grand ideas of being a pure or absolute idea. It’s about its materiality and what it physically actually is, rather than a bigger notion about painting.

There seems to be two ways you can approach painting today, which is either to ignore postmodernism and cynicism towards painting by going ahead and making geometric patterns, or gestural expressionist paintings or whatever, or you can be ironic, referencing the idea of painting itself as an ideology. I think I sit somewhere between the two in that I still have quite a lot of faith in painting and its possibilities but I think it has to be a realistic, grounded approach where you can talk about universal ideas and communication through the language of painting, but without having an unrealistic expectation that they are possible. I’m more interested in discussing the ideas rather than believing that they are true. I think that just because something has been proved to be impossible, it doesn’t mean the entire subject is worthless. Simply being an atheist does not mean that you can’t learn a great deal from religion.

AS: Are you keen on art history. 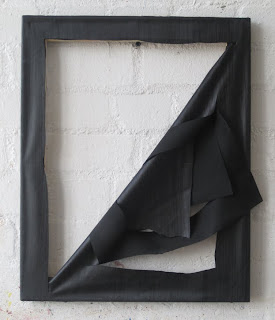 CU: It’s not something I’m particularly keen on. Making abstract work at College means that you have to be aware of it because the criticism is that making purely abstract painting is a naïve thing to do and you either don’t care about it or you don’t understand it. I think a lot of people wonder how you can do it without being ignorant, or how you can do this with conviction. I really feel that you can do it with conviction and understanding of what you’re doing. It’s hard. There have been over 60 years of history in this area I could spend a lifetime studying and I wouldn’t ever feel knowledgeable enough to make a genuine contribution to the discussion. But I do feel I have something that I want to add to the discussion of painting and I think it has to be possible to make abstract work today without having to answer every question of the last 60 years in every work.

AS: It’s weird when you start thinking like that, how difficult it is to continue, despite the desire to engage with something, like you have to keep one eye on the past and one on what your doing.

CU: This is what Fade Away touched on. I think this is why lots of people make work within that bracket between abstraction and figuration because there is still an interest in abstract painting but if you make a purely abstract painting you instantly take on this huge burden of history. However, if you make an abstract painting and work something vaguely figurative into it it’s suddenly free from so much theoretical baggage because it’s no longer aspiring to this pure idea. There’s less to answer, you’re not adhering to an old fashioned school of thought. There are an awful lot of abstract painters my age but it’s hard to relate to an older school of thought about abstract painting. It’s a hard discussion to be part of. You’re an outsider, and although the work looks visually similar, in your heart I think it comes from a very different place. 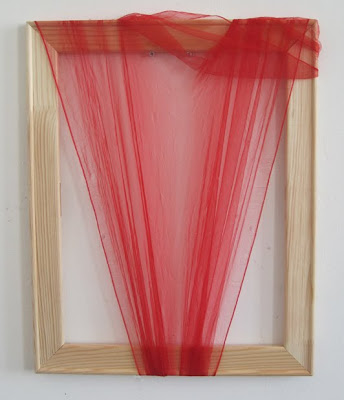 Posted by Articulated Artists at 12:45